The Society is deeply saddened to learn that Prof. Ted Cowan, one of its first presidents, has passed away. 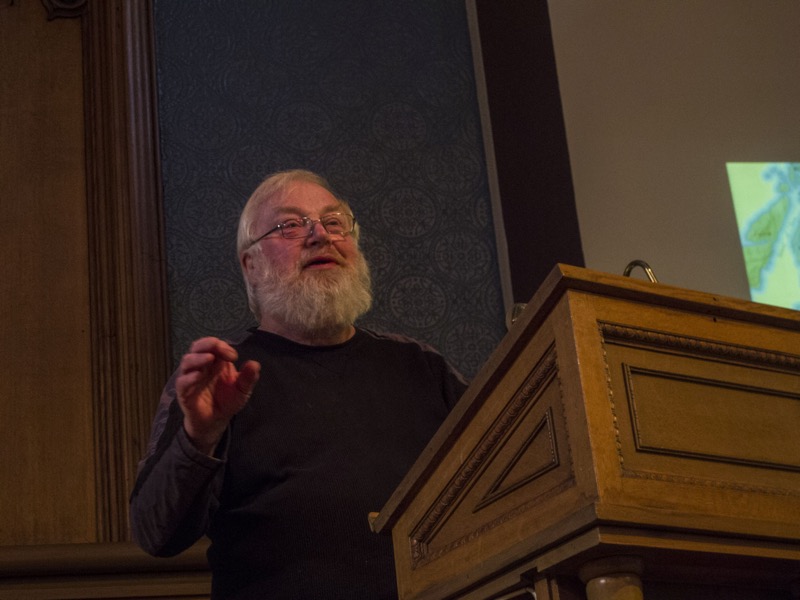 Many will have already received the sad news that a colossus of Scottish Studies, Professor Ted Cowan, passed away on 2 January 2022, aged 77 years. Ted was one of the first presidents of the Scottish Society for Northern Studies, and we are indebted to his vision and leadership. During his career, Ted worked at the Universities of Edinburgh, Guelph, and Glasgow. Prior to his retirement, Ted was director of the Crichton Campus of the University of Glasgow from 2004-2009. A fellow of the Royal Society of Edinburgh, he was also a Visiting Professor in Australia, New Zealand, Canada, and the United States. Ted’s lifelong dedication to Scottish history and the Scots language is reflected in an impressive range of publications, from books on medieval Scottish politics to modern Scottish poetry and folk beliefs. Ted was a great advocate for Scottish culture, promoting wider engagement through public lectures, media, and support for heritage sites. Anyone who heard Ted lecture cannot fail to remember his wit, enthusiasm, and oratorial presence. Our condolences go to all of Ted’s family and friends.

The School of Humanities at the University of Glasgow is arranging for a webpage of tributes. Members who knew Ted may wish to email their tributes and/or memories to dauvit.broun@glasgow.ac.uk by 5pm on Thursday 20 January,